Four Brethren from the North East Lancashire District travelled to London on Tuesday 13th February 2018 to receive promotion to the 30°, Grand Elected Knight Kadosh, Knight of the Black and White Eagle at the Higher Degrees Meeting held at the Grand East, 10 Duke Street, St. James’s:

As usual, the ceremony was followed by a drinks reception and an excellent festive board at the Royal Overseas League along with Ill.Bro. Jack Aston 32°, the District Recorder for the North East Lancashire District. 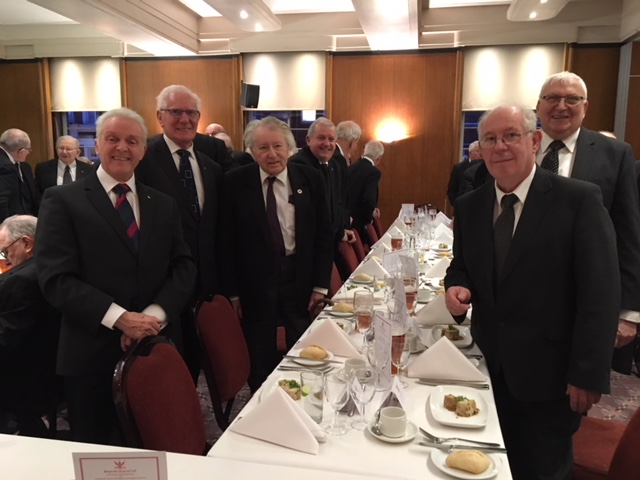 Congratulations to all four newly promoted Brethren, we hope that their further advancement in the Order will give them much satisfaction and that they will treasure the happy memories of this special occasion for many years to come.